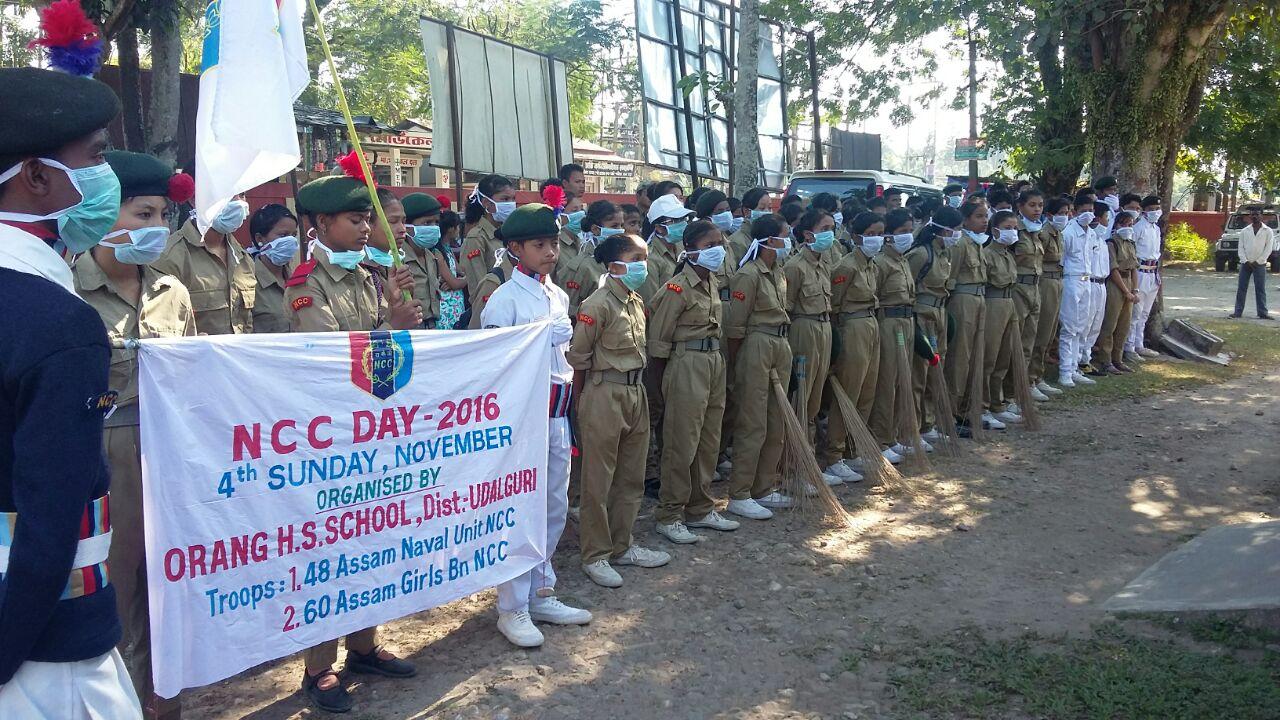 A cleanliness drive programme was organised at Orang CHC on Sunday. Charan Boro MLA Mazbat ,Keshab Baruah and Dr.Shyam Prasad Rai Medhi briefed on the ocassion. As the fourth Sunday of November is celebrated as NCC day across the nation NCC cadets of Orang HS School largely participated in the cleanliness drive programme. Distinguished persons of the locality like Khagen Mushahary VCDC chairman ,Nayanjyoti Deka, Sankar Bora among others also participated in the programme.

13 Jun 2013 - 3:09pm | Abdul Gani
Online payment system for passport applicants will be introduced at the Passport Seva Kendra in Guwahati w.e.f. June 14, 2013. Applicants will have to make payment at the time of booking appointments...

13 Nov 2008 - 10:09pm | editor
A special investigation team set up by the Assam police to probe the serial blast on Thursday brought two NDFB cadres to Guwahati after they were picked from the Borbori based camp in Bagsa district...