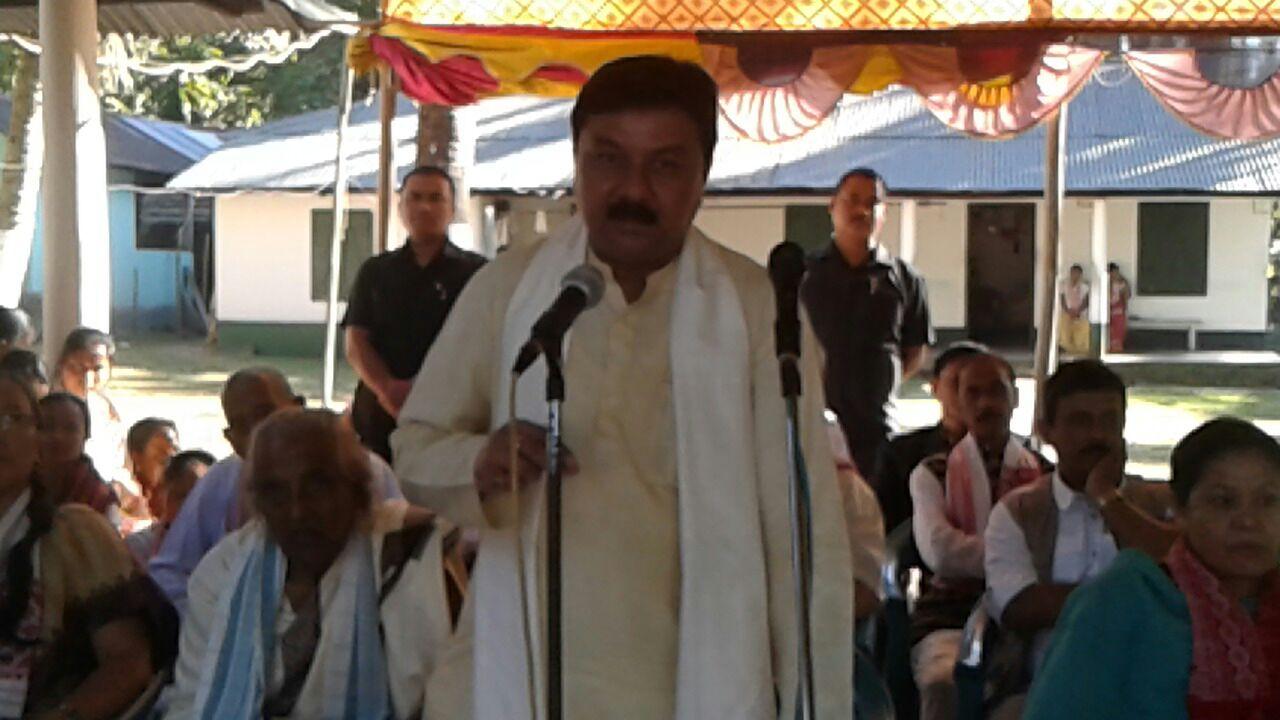 Ranjit Kumar Das the speaker of Assam Legislative assembly made a visit to historic Borengajuli Sankar Dev Satra (Vaishnavite Monastery) located near Indo-Bhutan border area of Udalguri district on Sunday. The journalist turned politician after seeking divine blessing from Hare Krishna Mahanta the satradhikar of the Satra greeted the locals who accorded him warm welcome by recitation of naam-prasanga. It was followed by lightning of lamps by Das which was followed by Thiya Naam recitation.

Participating in an interactive session Das said as like Mahapurush Srimanta Sankardeva made efforts to integrate all the people of multi ethnic tribe and religion as to build a Bor Assam ; Hare Krishna Mahanta the satradhikar of Borengajuli Satra inspired by life of Kalaguru Bishnu Prasad Rabha also made similar efforts in integrating Rabha ,Bodo,Adivasi people of the area and built the Borengajuli Satra way back in 1952. Satradhikar Mahanta built 27 Satras across the state .

He rendered his life in spreading the culture and tradition of Vaishnavism. Das should be conferred Sankar Dev Award by state government. Das assured that he will get in touch with Chief Minister and concerned department for conferring the same to the Satradhikar.

Das further praised the efforts of the local people who helped built the beautiful Satra in the remote Indo-Bhutan border area.

11 Sep 2017 - 9:18pm | Akshaya Pranab Kalita
The Namrup Namrup Music College is gearing up to celebrate its Golden Jubilee to mark the fifty years of establishment.Preparations are afoot to celebrate the occasion on October 7 and 8 at...