FINER has recommended a slew of budgetary measures before the Assam Government aiming at restoring a sustainable growth in the state’s economic front.

In its memorandum before finance minister Himanta Biswa Sarma on Sunday, the apex regional body of industry and commerce said that it looked forward to a positive and growth oriented budget.

FINER maintained that the budget should contain big ideas to pave the way for a big leap forward and change the course of economy for a faster and sustainable development of the state.

“The Assam Ease of Doing Business Bill, 2016” in its very first Cabinet meeting, we are confident that the implementation of the Act, would be the top priority of the government,” said the FINER memorandum.

FINER further welcomed the GST with Adequate provision/mechanism for continuing of existing remission scheme. The memorandum reads: we would also welcome a Single GST rate (Preferably rate not exceeding 16%), exemption of GST to essential items/ items of Local significance and with administration with single return and Challan and single audit concept.  State Taxation Department must initiate interactions with all Stakeholders.

On the industrial front, it observed that with the suspension of NEIIPP 2007, Assam is virtually excluded from the Make in India initiative. This unilateral suspension is a big setback to the cause of Industrialization. New investment in the state is put on hold by the investors, projects under implementation are facing severe hardships.

The BJP-led Government’s maiden budget 2016-17 can be a milestone and show the Roadmap for inclusive, balanced and sustainable growth paving the way for implementing the Vision document 2016-2025, said the FINER.

18 Jan 2017 - 12:10pm | AT News
Journalists’ Forum Assam (JFA) expressed utter shock at the murder of another journalist in the country within a fortnight. The Assam based media rights body demands proper investigation into the... 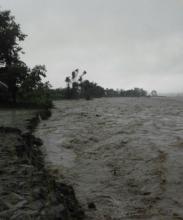