Up in arms with the poor road condition of the road connecting Tangla-Muradew the villagers of Jalah village of Udalguri district chose a unique and creative method of exposing the failure of authorities to repair a road in the area.

Villagers have planted paddy saplings as a mark of protest on the Tangla-Muradew road to highlight its poor condition on Saturday.The road is the lifeline road for villagers of Botabari,Syebari and Jalah villages. Hundreds of man and women came out shouting slogans and holding play cards they raised slogans against the BJP led alliance government and Panery MLA Kamali Basumatari and BTC EM Bonjar Daimari for not initiating any measures to improve the condition of the road. The residents had been demanding that the authorities concerned arrange to get the road repaired.
However, the authorities had not initiated any measures to repair the road.

“This has prompted us to stage a protest,” the protesters told The Assam Times. 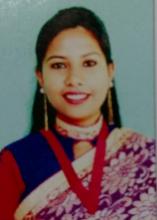 6 Sep 2016 - 7:12pm | Shajid Khan
The emergence of a massive death trap in the important road bridge over Nonai river of Tangla over the Tangla-Bhergaon road have  raised concerns of the local populace of greater Tangla area....