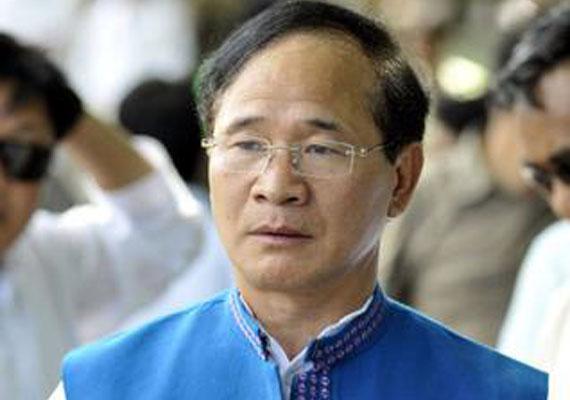 SC restores Tuki regime in ArunachalIn a major embarrassment for the NDA government at the Centre, the Supreme Court has ordered immediate restoration of the Nabam Tuki Government in Arunachal Pradesh giving no less scope for the Congress party in rank and file. That too two months after Narendra Modi’s Uttarakhand fiasco.

The five member constitution panel of the top court who had been examining the logjam directed the restoration of the status quo as it existed on 15 December, 2015, directed the manner in which the Assembly proceedings had to be conducted and set aside all the steps and decisions the House had taken, describing them as unsustainable.

Head by Justice JS Khehar, the panel quashed a Governor's order saying that the clock should be turned back to December 15 status quo in the north eastern state. The Centre imposed President’s Rule in Arunachal Pradesh on January 26. Justice Dipak Misra and Justice Madan B Lokur who were in the panel pronounced concurring judgments giving their additional reasons to agree with Justice Khehar.

The court observed "all decisions taken by the Arunachal Assembly after 9 December are quashed and unsustainable."

8 Aug 2012 - 6:24pm | editor
BJP President Nitin Gadkari on Wednesday demands immediate sealing of the Indo-Bangladesh border to help the state get rid of the trouble mongers. He alleged that the ruling Congress has a tie-up...