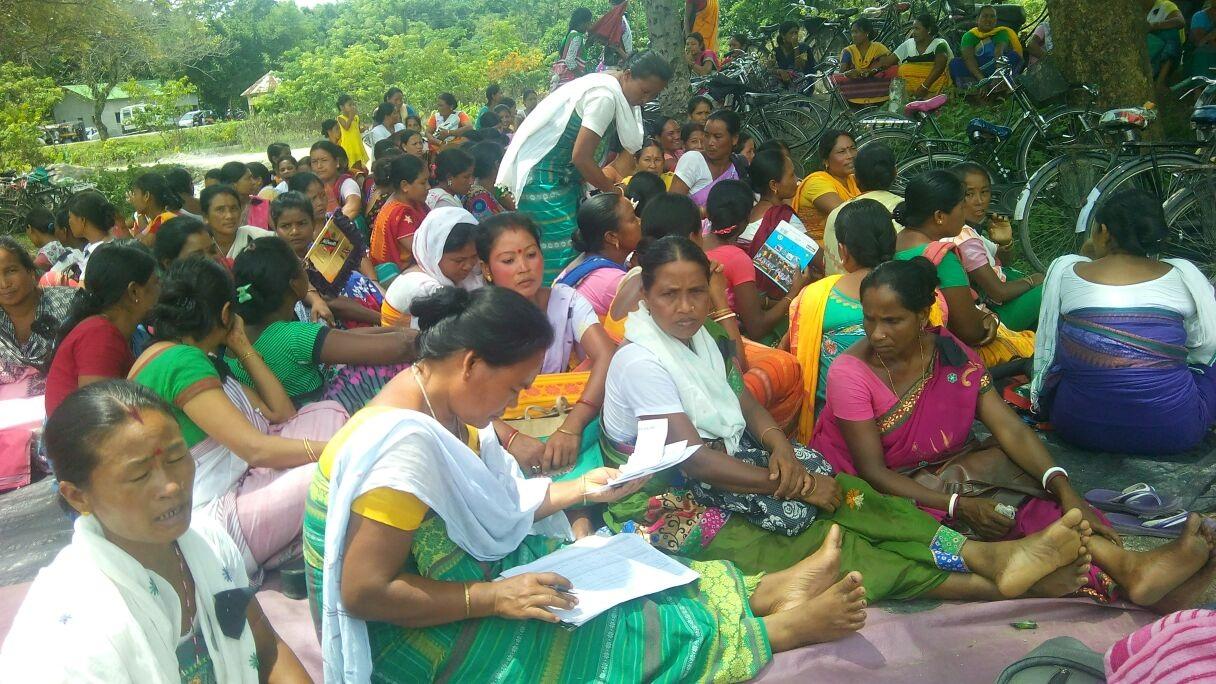 Reteirating its various demands the Anganwadi helpers and workers association under Bhergaon ICDS protested wearing black badges on Monday infront of CDPO office, Bhergaon from 10 am to 12 pm. The protesters demanded hike in wages, extra facilities for the workers and helpers.

The protesters also submitted a memorandum to the PM Modi through the office of CDPO Bhergaon.

The memorandum reiterated various old demands that included recognition of Anganwadi workers and helpers as government servants,increase of monthly wages to Rs.15000, recruitment of supervisor posts from the workers of Anganwadi,post retirement facilities.

Sea of humanity in Koliabor

1 Feb 2015 - 9:25pm | AT News
Koliabor in Nagaon district breaks into a sea of humanity as the Asom Sahitya Sabha is holding its 73rd session from Saturday.The Atmaram Sarma Samannoy Kshetra is teeming with thousands of people...