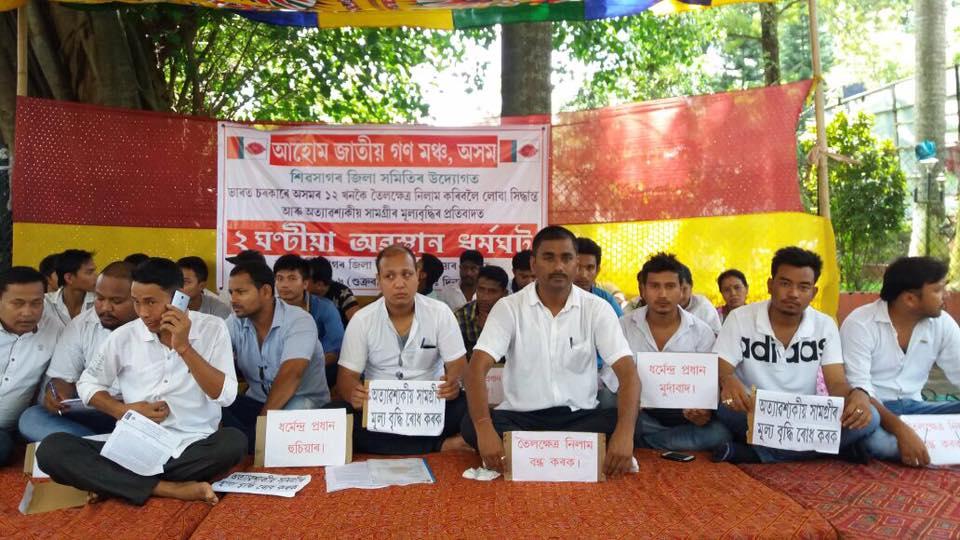 The protest over the move to auction oilfields and VAT hike have refused to die down. Many activists of the Ahom Jatiya Gana Manch in Sivasagar staged a two hours dharna in protest against the tow decisions alleging that the new government keeps taking anti people policies.

With banners and playcards more than 300 AJGM activists thronged the heart of the historic town and staged dharna for two hours asking the governments both in Delhi and Dispur to roll back the decision.

“We won’t allow the centre to auction the oilfields to the private parties. In the same breath, why the government in Dispur has resorted to the hike in VAT at the cost of the common people. We are ready to face any eventuality if the government refuses to listen to us,” said.