Communist Part of India vehemently is opposing the recent move of the central petroleum ministry to privatise 67 oil fields of Oil India and ONGC which includes 17 oil fields from Assam. Sivasagar district secretary and National executive member of CPI Kanak Gogoi said that "it is a wrong decision of the central government and it it will harm the interest of the general people". According to him in the name of liberalisation the central government is going to handover the Assets of the nation to the private companies and the CPI will build nationwide movement against it. 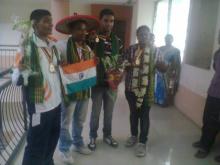