29 Jan 2018 - 10:18am | AT News
JORHAT: A strayed rhino from Kaziranga strikes no less terror in Majuli killing an old man in the river island on Monday. The full grown animal which came out of the National Park... 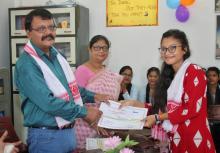