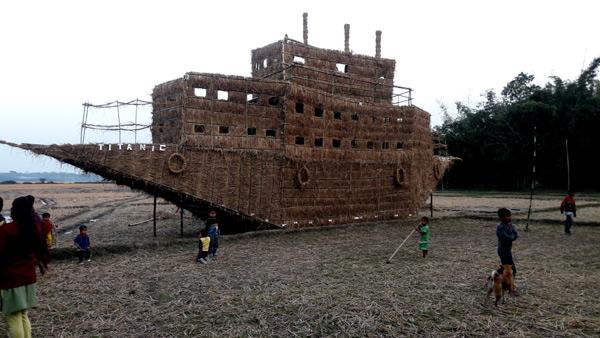 The villagers of Gohaikhat in the outskirts of Tangla has built a Mejhi Ghar in the form of a Titanic ship. The 26 ft long mejhi ghar has been built with the help of near about 70 bamboos by the villagers. Talking to this correspondent the villagers said that within 12 days they have made the giant structure. The structure is drawing great number of visitors from nearby places.