Journalists’ Forum Assam (JFA) has expressed strong resentments over the militant’s threat to an Imphal based television editor and urged the Manipur government led by Okram Ibobi Singh to take immediate & appropriate actions against the culprits. The Assam based journalist organization also extended moral supports to the agitating Manipur journalists, who have been raising voices against the diktat of armed militants.

The Manipur scribes on Wednesday staged a sit-in-protest and later carried out a silent rally in Imphal demanding action against a militant outfit, which placed a bomb at the residential gate of Yumnam Rupachandra, the editor of Impact Television, a local cable news channel.

Taking a serious note over the incident, media persons under the banner of All Manipur Working Journalists’ Union and Editors’ Guild Manipur held an emergency meeting at Manipur Press Club on Tuesday night and adopted several resolutions including to submit a memorandum to the State chief minister Ibobi Singh demanding adequate security protection to the scribes.

“A militant group (read KCP-MJC) had been threatening editors and scribes over non-publication of its press statements for some time. Expressing their resentments against the diktat, the Imphal-based newspapers did not publish the editorials on Wednesday. Moreover, protesting against the incident, no newspaper hit the stands on Thursday,” informed a journalist from Imphal.

The JFA, in a statement issued by its president Rupam Barua and secretary Nava Thakuria, has denounced the militants for their audacity to dictate the media and also called upon the journalists of Manipur to get united against the banned armed outfits. It also appealed to the Manipur civil society groups to stand behind the media persons at the time of crisis. 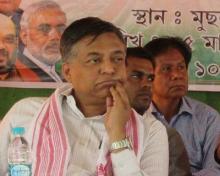 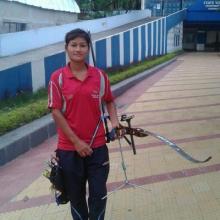