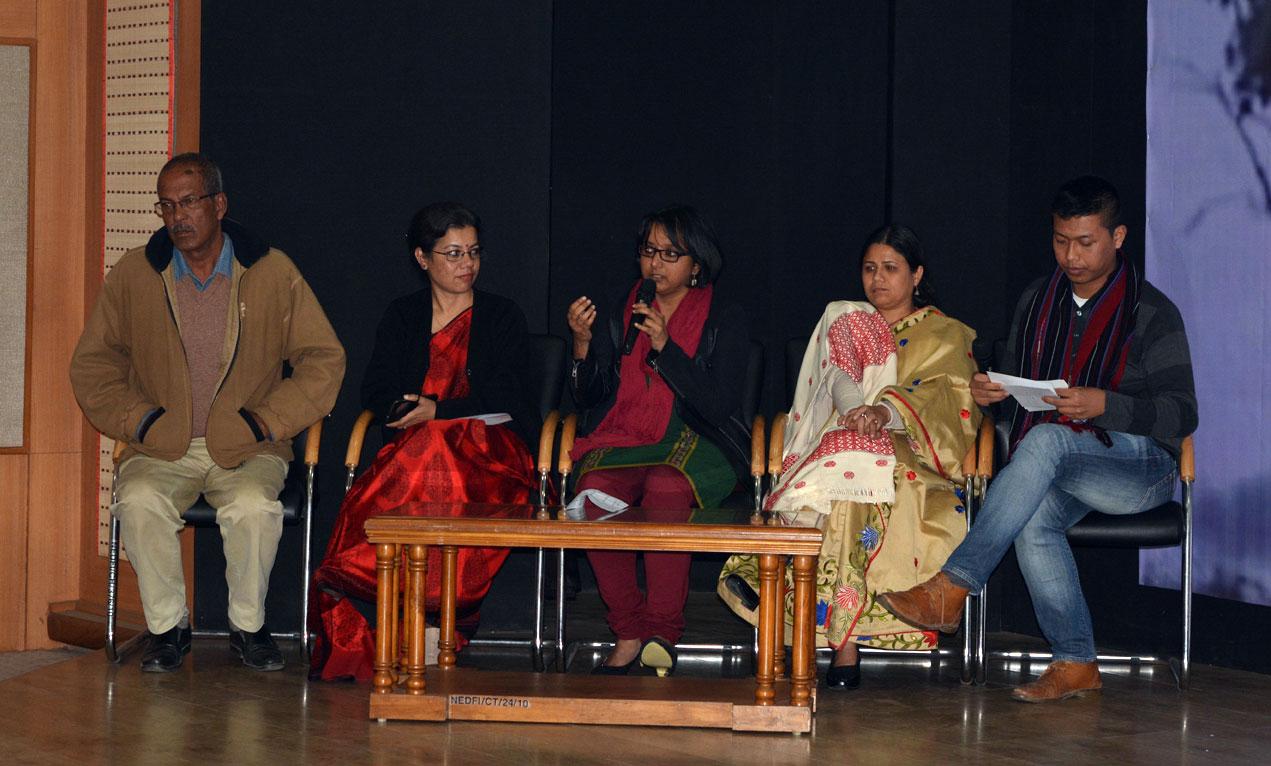 The Climate Compatible Development Film Festival kickstarted the first of its regional screening in Guwahati on Friday December 19. Three  films produced by the Climate & Development Knowledge Network (CDKN), and in partnership with Television Trust for Environment and the Assam Times Foundation, the film screening’s objective was to galvanise discussion around climate change, it’s impact on indigenous communities in the North East, lack of representation of women in climate change negotiations and the power of film to spur discussion and action on climate change, especially amongst youth groups.

The 3 films: For a safer future – Insights on climate resilience from India; The forgotten women in India’s climate plans; Climate change and migration in Bangladesh – Living on the go, tell stories on the impact of climate change on diverse communities from Uttarakhand to Karnataka. Loss of livelihoods, distress migration, destruction of crops and fisheries, is the reality that many face on a day-to-day basis. And yet there are inspiring change strategies adopted by communities, such as in Gorakhpur, Uttar Pradesh, where different stakeholders, such as government, communities, and civil society have come together to create climate compatible development.

The panel discussion following the film screenings facilitated in bringing the diverse environmental and climate change issues in Assam and the North East. Sanjin Sanbapandit states that “we should not get ‘panicky’ about communities cutting trees”, in drawing attention to the livelihoods of forest dependent communities and also stating that felled trees should be re-planted, and that in contrast the 100,000’s of vehicle on Guwahati’s road were doing more damage. In taking individual responsibility for mitigating climate change, Mubina Akhtar, Environmental Journalist and Activist, also demanded critical reflection from the middle class who cannot even take minor power cuts.

Today’s auditorium at NEDFi House was full with a largely young audience who enthusiastically engaged with speakers on the role of civil society in climate change, the changing landscape of the North East and the lived realities of people’s lives in Dhemaji district. A member from Dhemaji district informed the audience of how he spent 4-5 years living on the embankment of the River Gai as a result of having been displaced due to flooding. Increased sand deposition in the district has led to drastic changes in the geography and the livelihoods of the district.

Yet, despite the seriousness of the impact of climate change and environmental issues on people’s livelihoods and women, these largely remain outside of mainstream media. Dr. Shalini Sharma of Department of Ecology & Environment, Tata Institute of Social Science, Guwahati, put the issue on the table in saying that “environment is a hardcore political issue” and explained that media houses and institutions in the region were disinclined to cover serious environmental issues, something that needs to change as we move to facing the realities of climate change.

Dr. Shalini Sharma also highlighted the politics of women’s participation in climate change negotiations and the need to open up ‘political corridors’ for women’s representation in these spaces. Dr Polly Vauquline, Women’s Studies, Gauhati University, highlighted the need for more informative research on the gendered dimensions of climate change and in particularly representing the diversity of North Eastern women. The film screenings drew consensus from the audience that similar films were needed to showcase the impact of climate change on the women of the North East and the role of oral storytelling in bringing women’s perspectives in climate change policies.

15 Aug 2012 - 2:35pm | editor
More than 400 students are believed to have fled from Kerala, Andhra Pradesh, Karnataka and Maharasthra fearing attack in the time of BTAD riot. According to reports, 400 Bodo, Koch-Rajbongshi and... 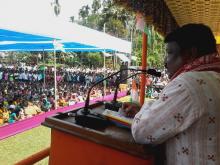 20 Aug 2019 - 9:46am | AT Kokrajhar Bureau
A 17-year-old youth has died and another his colleague was rescued after drowning at Hell River at Fakiragram in Kokrajhar. The incident took place on Sunday evening at Dhopertal village along the...