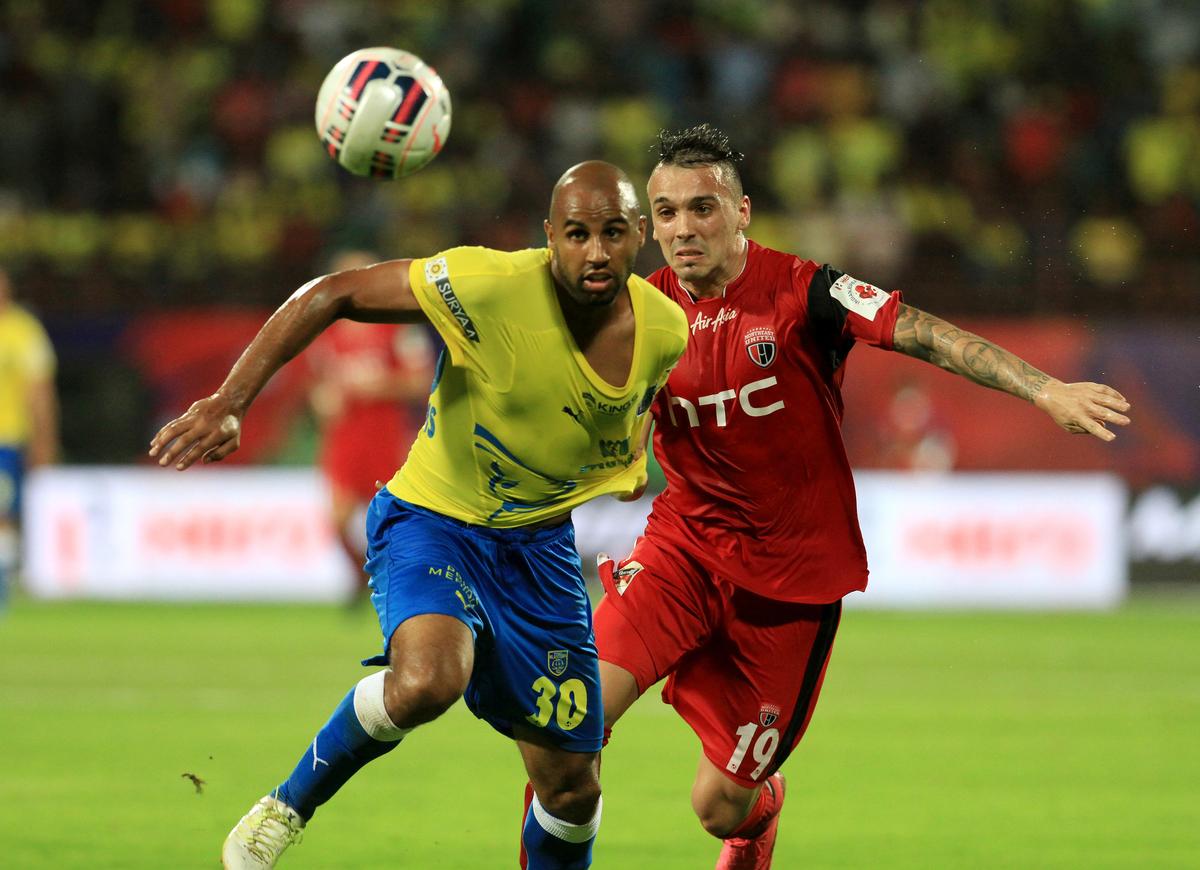 The Kerala Blasters FC down the North East United FC 3-1 goals after a thrilling 96 minutes match in the ISL Season II match in Kochi on Tuesday.

Nicholas Velaz opened the account for the highlanders posting the maiden goal in 82 minute after the Kerala Blasters posted 3 back to back goals. All these goals were struck on the second half at the packed Jawaharlal Nehru Stadium in the evening. It was only because of Velaz who forced the opponent Kerala Blasters FC to stop the goals. Before that

Josu Vineeth opened the account in 49 minute with a beautiful strike. This was followed by Rafi in 68 minute while the third one goal came from Sanchez Watt who made it in 72 minute. The North East United FC now are preparing to take on FC Pune City on Friday at Pune.

Uproar in the Assam assembly

30 Jan 2017 - 10:34am | AT News
Assam legislative assembly got underway in Dispur amid a story note on Monday. Opposition Congress and AIUDF did not allow governor Banwarilal Purohit to complete his speech to mark the start of the...

26 Aug 2012 - 1:44pm | editor
Assam Rifles on Saturday said that North east militants have shifted their bases to Myanmar in the face of crackdown by the Bangladesh security forces. Talking to reporters in Agartala on Saturday,...