All about a non existent park

28 Sep 2015 - 9:32am | AT News
Scams after scams seem to have crippled the Karbi Anglong Hills Autonomous Council. This time the epicenter is forest department where an astronomical Rs 90 lakh fund is shown to have utilized in the... 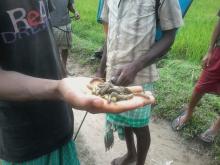