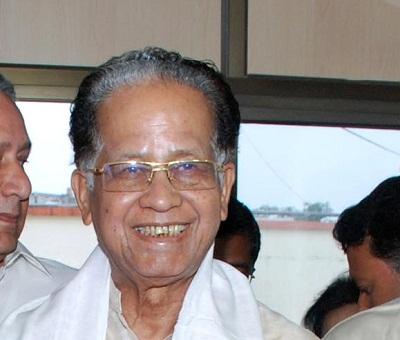 Dispur pins hopes on uninterrupted financial assistance from the Centre without any change in the system of the pattern.

In a letter to the Prime Minister sent yesterday, Gogoi said, "Special category states like Assam were earlier getting SPA, USCA and ACA on a 90:10 basis. "The funding pattern of Centrally Sponsored Schemes should not be altered to our disadvantage. It is imperative that Assam and other north eastern states continue to retain their Special Category status along with the earlier approved pattern of fund allocations under SPA, Untied SCA and ACA", Gogoi told Modi.

2 Apr 2016 - 11:14pm | Shajid Khan
The Kalaigaon local unit of All Bodo Students' Union have condemned the recent statement made by BPF candidate for 69 No. Kalaigaon LAC Maheswar Boro in a election campaign that President Diganta...

16 Apr 2015 - 1:37pm | AT News
Yet another former Congress minister is likely to hit media headline for his alleged link with the car lifters. According to information, he allegedly has been helping Anil Chauhan getting car pass...

4 Mar 2015 - 9:37pm | AT News
Assam on Wednesday has asked the Centre not to change the funding pattern. The state assembly unanimously passed a resolution asking the Centre to retain the special category status and to ensure 100...