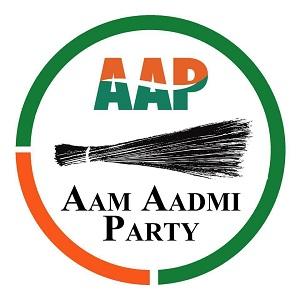 Aam Admi Party’s high voltage drama in Delhi threatens to split its Assam unit if the scheme of things within the party is any indication.

Senior leaders are quite disappointed with the internal rift in the party in Delhi hardly three months after the Arvind Kejriwal-led AAP formed the government in Delhi.

The disappointment came to light on Saturday when the AAP executive meeting expelled Yogendra Yadav and Prashant Bhushan alleging anti party activities. This was followed by the exit of another ideologue and social activist Medha Patekar.

“We are perturbed and disturbed with the party leadership. At a time when the party is getting overwhelming support across the nation the ideologue duo should have been spared. It’s a sad day for us,” said Tonmoy Bora of Guwahati who joined the party last year .

Another AAP workers said the unexpected state of affairs within the party is sending a bad message for the nation. He said,” the party leadership has lost tolerance and if they insist it days are not far for the party t collapse.”

“It’s the beginning of an end. The party leadership should have concentrate on work now as the people have reposed faith on the new party. They should settle the difference within the party,” said Rashmi Kalita who has been an active worker of the party for the last one year in Sivasagar district.

Apart from these, social networking sites are teeming with disappointing messages and posts of the party men after the AAP leadership have expelled the ideologues. “We have not joined AAP of this kind. It was beyond what we thought. I am sending my resignation letter to the state leader,” said Atul Konwar from Dhmaji as Assam Times approached him on the present state of affairs of the party.

“The AAP leadership have sabotaged the democracy. Will it think of the country. If these are allowed to continue I would have no option but to quit?’” said Karabi Gogoi of Tinsukia.