23 Aug 2008 - 8:11pm | Daya Nath Singh
The prestigious Indira Gandhi National Open University (IGNOU) has turned to be earning a 'bad name' as far as its Guwahati Regional Centre is concerned. The students of this institution are heading... 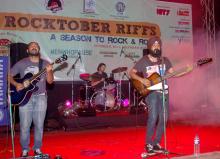