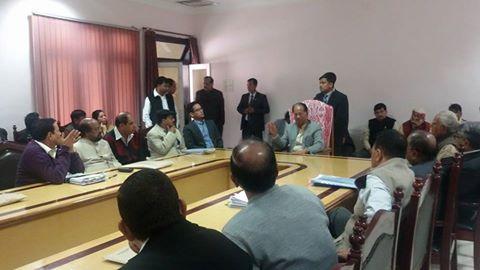 29 Nov 2016 - 3:28pm | AT News
A local court in Guwahati on Tuesday remanded Basanta Doley to 14 days police custody a day after the APSC member was arrested in connection with a selection scam. The police team probing the scam...

3 May 2014 - 11:43am | AT News
Senior minister Siddique has blamed it all on BPF for the ongoing murder and mayhem in BTAD.Ahmed who has arrived in Guwahati after his stock taking visit to the troubled torn districts told...