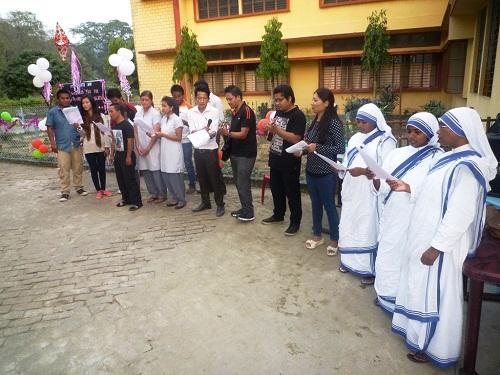 The MC Sisters take care of Shanti Daan, a home set up by Blessed Mother Teresa of Calcutta for over 300 destitutes, AIDS and TB patients, at Lankeshwar, near GuwahatiUniversity at Jalukbari.

The open air program which lasted two hours had songs, dances, and messages, and carol singing.

The students had gifts for inmates of both male and female sections, as well as for the Sisters and their lay collaborators who assist at the centre.

The program concluded with an open house dancing session with inmates and high tea for all.

Among those who gave Christmas messages at the event were ADBU Registrar Dr Basil Koikara and Controller of Exams Dr Francis Fernandez.

They are assisted by two, third semester students of Psychological Counseling Francis Sailo and Ikaly Sema who visit the centre every week.

In January 1995, Mother Teresa laid the foundation of the first AIDS hospice in Assam at Jalukbari. She returned in July 1996, this time on a wheelchair, to inaugurate the hospice.

The Missionaries of Charity branch in the city by the time of Mother Teresa’s beatification in 2003, (11 years ago) had catered to 2,166 orphans and malnourished children. Of them, 479 have been given for adoption and 57 married off. Another 1,299 were sent for international adoption through the Calcutta centre. 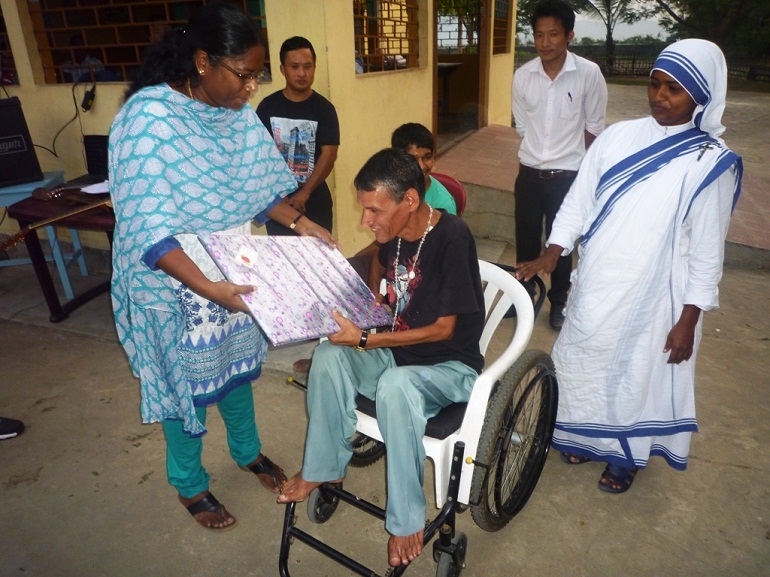 4 Dec 2013 - 11:15pm | Jayanta Kumar Das
Five villagers rescued a python near Kalaigaon on December 4. According to information five inhabitants of Gohaichowk village (Outala) near Kalaigaon noticed a python lying in a dry drain in a paddy...

22 Apr 2013 - 10:48pm | Peter Alex Todd
There is no height of imagination for artists, all are artists in their own right. However there are exceptional people who like to do things in an exceptional way, share the idea with others and...