2 May 2008 - 3:19am | editor
Students performing in a cultural programme at the inaugural day of the 34th Junior Assam Inter District Athletic Championship 2008 (Boys and Girls) hosted by Nagaon Sports Association under the...

Manipur to enter club of fully electrified states by 2018

29 Jun 2017 - 11:28am | AT News Imphal
Manipur is likely to become one of the states in the country to achieve 100 per cent electrification of households by 2018.   Power Minister Thongam Biswajit Singh on Wednesday stated that... 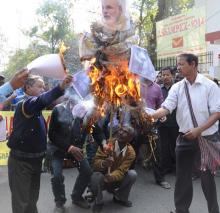