14 Jan 2008 - 10:09am | editor
Assam’s law and order situation still remains volatile with militants killing two security guards at the Umrangsu based Kopili Hydroelectric Project on Monday morning. There are reports that... 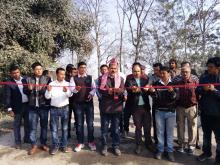