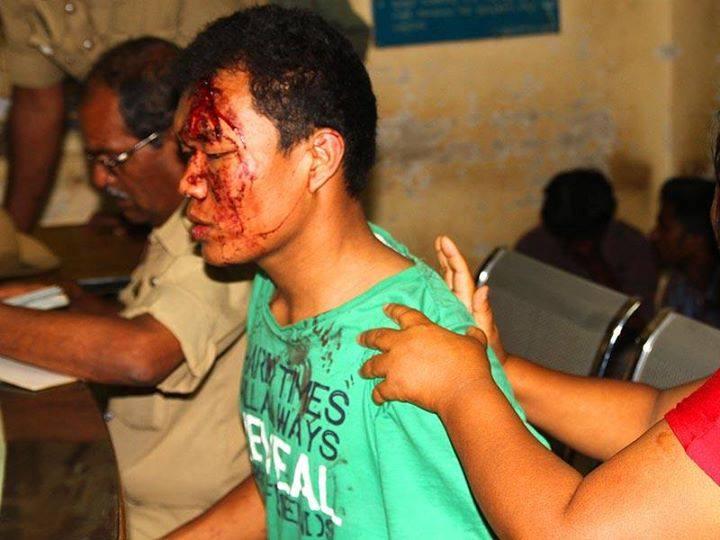 In yet another case of racial discrimination against the north east people, goons in Bangalore severally attacked an engineering student from Manipur. That too for not speaking Kannada touching off a seismic wave of protest and anger across the country.

Speaking to Assam Times over telephone from Bangalore, victim Michael Lamjathang Haokip’s friend said that assault took place the victim and his friends were standing at a roadside food stall.

Three taxi drivers halted and threatened them of dire consequences if they refuse to speak in the local language. Then they picked up stones and attacked Michael Lamjathang Haokip who heads the north east students in the IT city.

According to the allegations, people watched the commotion and refused to help the student. He felt safe only after he reached a police station about a km away. Police swung into action and arrested the goons and taxi drivers.

22 Aug 2014 - 4:05pm | Manjan Basumatary
A freshmen social was scheduled to be held on Friday, August 22 at the Mazbat College in Udalguri district of the BTAD. In an emergent meeting held with the college authorities, the secretary of the...

14 Jan 2015 - 9:55am | AT News
The people of Lakhimpur and Dhemaji have every reasons to celebrate the Bhogali Bihu. Courtesy Northeast Frontier Railway. For the first time a passenger train left for Lakhimpur on Wednesday. The...