Union commerce and industry minister Nirmala Sitharaman has left Guwahati ending her day long trip to the premier north eastern city on Monday. Apart from attending two separate conference in Guwahati, she met the party workers before wrapping up her day long visit.

Earlier in the morning, she landed at the Lokpriya Gopinath Bordoloi International Airport and straightly left for the Assam Administrative Staff College where she attended a conference organized by the Tea Board of India.

Then she rushed to the NEDFi House in Dispur to participated in another conference. This was followed by her meeting with the party workers where she told them to be prepared for the Assembly polls in 2016. 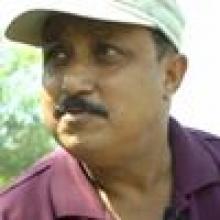 3 Sep 2011 - 2:47pm | brahma2011
Defying the verdict of Supreme Court that banned on sale of tobacco products like gutkha and pan masala in plastic sachets, a section of vendor is still doing bricks business openly in most of...

17 Sep 2012 - 2:51am | editor
The violence-hit people in BTAD areas ad Dhubri district are leaving the refugee camps even as the government steps up efforts to send them back to their homes. According to official sources,...