Nazira also joins the cleanliness campaign with MLA Debobrata Saikia sweeping a puja pandel with a bundle of broomstick on Tuesday.

Nazira Municipal Board Chairman  and vice chairman Abdur Rohman and Lutfur Rohman also participated in the campaign along with other Congress members. 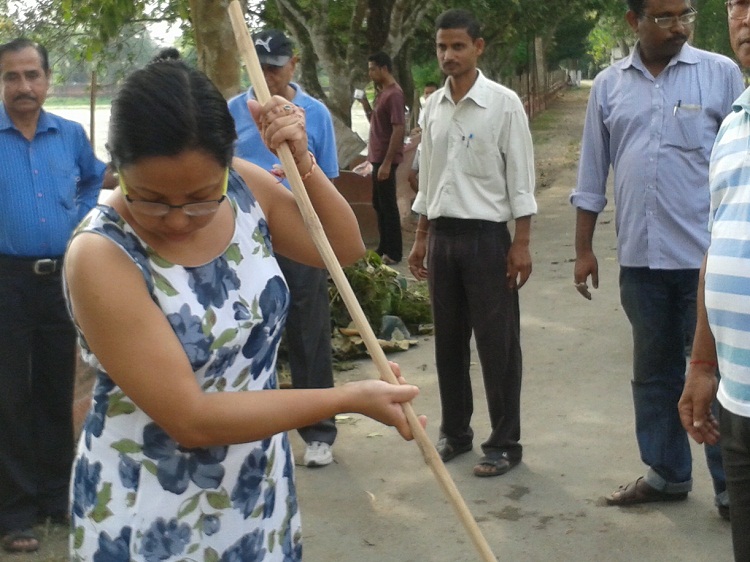 12 Aug 2020 - 6:45pm | AT News
New Delhi: Noted journalist, columnist Sanjoy Hazarika said that the debate and dialogue on Clause VI need to be conducted with respect and “not lead to social media abuse or prejudice or make a...

25 Jul 2017 - 9:43pm | AT News
The United Liberation Front of Asom (I) has strongly lambasted forest minister Pramila Rani Brahma alleging her conspiracy to divide the indigenous people in the name of resettlement of...

25 Nov 2013 - 8:27am | AT News
Police have arrested a Naga militant in connection with the recent killing of the irrigation engineer.           Identified as Ibung Kuame, the NSCN militant was held from a...