All Assam Media Employees Federation (AAMEF) reiterates its demand for adequate compensations to the media employees who used to work for the newspaper and news channels owned/sponsored by the Kolkata based Saradha group of companies.

Welcoming the latest initiatives taken by the Central Bureau of Investigation (CBI), following the direction of Supreme Court of India, the AAMEF expresses hope that the investigative agency will be successful in unearthing the real truth behind the multi-crore Saradha financial scam erupted in Assam, Tripura, Pachim Bangla, Odisha etc.

The mother body of various State based journalist and media employees organization reveals that over 1500 media employees were directly engaged with the Saradha owned/sponsored media outlets in eastern India and all of them lost their jobs suddenly after the collapse of the group in April 2013. Most of them even did not receive their due salaries for two to three months at the time of closing of their respective media outlets.

“In Assam, over 300 media employees including journalists were working for Saradha owned Sakalbela, a Bengali daily and Seven Sisters’ Post, an English daily. When both the newspapers were shut down following the arrest of Saradha chief Sudipta Sen, the employees were waiting for at east two months’ cumulative salaries. They are still to get their dues with compensations,” said a statement issued by AAMEF president Hiten Mahanta.

Saradha group also initially sponsored a Guwahati based satellite news channel named Frontier TV, which stopped beaming programmes days back and lately sealed by the CBI officials for the investigative purposes. The AAMEF pointed out that most of the employees of Frontier TV were also not paid last months’ salaries.

Mahanta anticipates that the CBI probe will bring the entire issue of financial irregularities relating to the non-banking financial companies into the logical end and be successful in recovering the properties of the said group for compensating the investors. The federations also maintained that the recovered money deposited by millions of investors should be brought under the purview of income tax laws.

Finally the AAMEF emphasized on proper awareness among common people about the non-banking financial groups operating in the country and urged the journalist fraternity of Assam to report about the serious issue with utmost honesty and sincerity.

14 Mar 2011 - 3:58am | bishwajeetsinha
As the Assam assembly election date is approaching the Nagaon citizens are waking-up with development works of present Govt. knocking at their doors at the end of almost five years long wait. The... 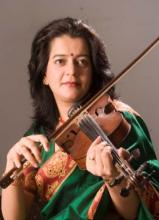 22 Nov 2014 - 8:08pm | AT News
The Assam Assembly will hold its winter session from December 15. Governor JB Patnaik has convened the session for only 12 working days. Several crucial bills are scheduled to be moved in the short...