22 Dec 2012 - 2:51pm | Syed Miraz Ahmed
Germany based Lambert Academic Publishing recently published a book titled Srimanta Sankaradeva's Contributions. This is the first time that an international publisher has published a book on... 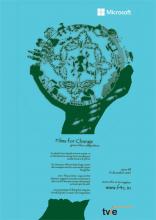 19 Nov 2014 - 5:48pm | Babul Gogoi
Television trust for the Environment in partnership with Microsoft has launched a national level film competition, Films for Change. The festival is accepting the entries till 15th  December...