A Naga miscreant was killed in a heavy exchange of fire in Doldoli Reserve Forest in Karbi Anglong district along the Assam-Nagaland border during an anti-encroachment drive on Monday.

According to information, the incident took place when gunmen from across the border fired upon security personnel and workers engaged in the eviction operation forcing the police to retaliate where the miscreant was killed.

An AK-series assault rifle and a pistol were recovered from the deceased. 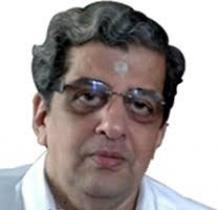 28 Apr 2019 - 7:10pm | AT News
Guwahati: Chennai based exert on Sri Lankan affairs, N Sathiya Moorthy will interact with Guwahati scribes tomorrow (Monday, 29 April) at 3 pm where he is expected to highlight the socio-political...

5 Jul 2012 - 6:23pm | editor
Flood situation improves gradually on Thursday. But army soldiers are still engaged in relief and rescue of the marooned people in Sonitpur district. According to information, at least 85 were killed...