Suspected NDFB militants are believed to have kidnapped an engineer from Andhra Pradesh Haflong last week.

Sources have confirmed a demand of Rs. 6 crore ransom for the release forcing police to launch a combing operation in the entire district.

Identified as Nagamalleswara Rao, a native of the Prakasam district in Andhra Pradesh, is employed with a private firm in Assam.

According to police, he was abducted on June 16 as he was working as the manager of a stone crusher unit.

The reason for abduction is extortion. Around five suspected militants entered the stone crushing unit at Kalachand, about 60 kilometres from Haflong and kidnapped the 36-year-old manager. 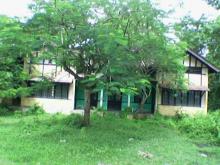