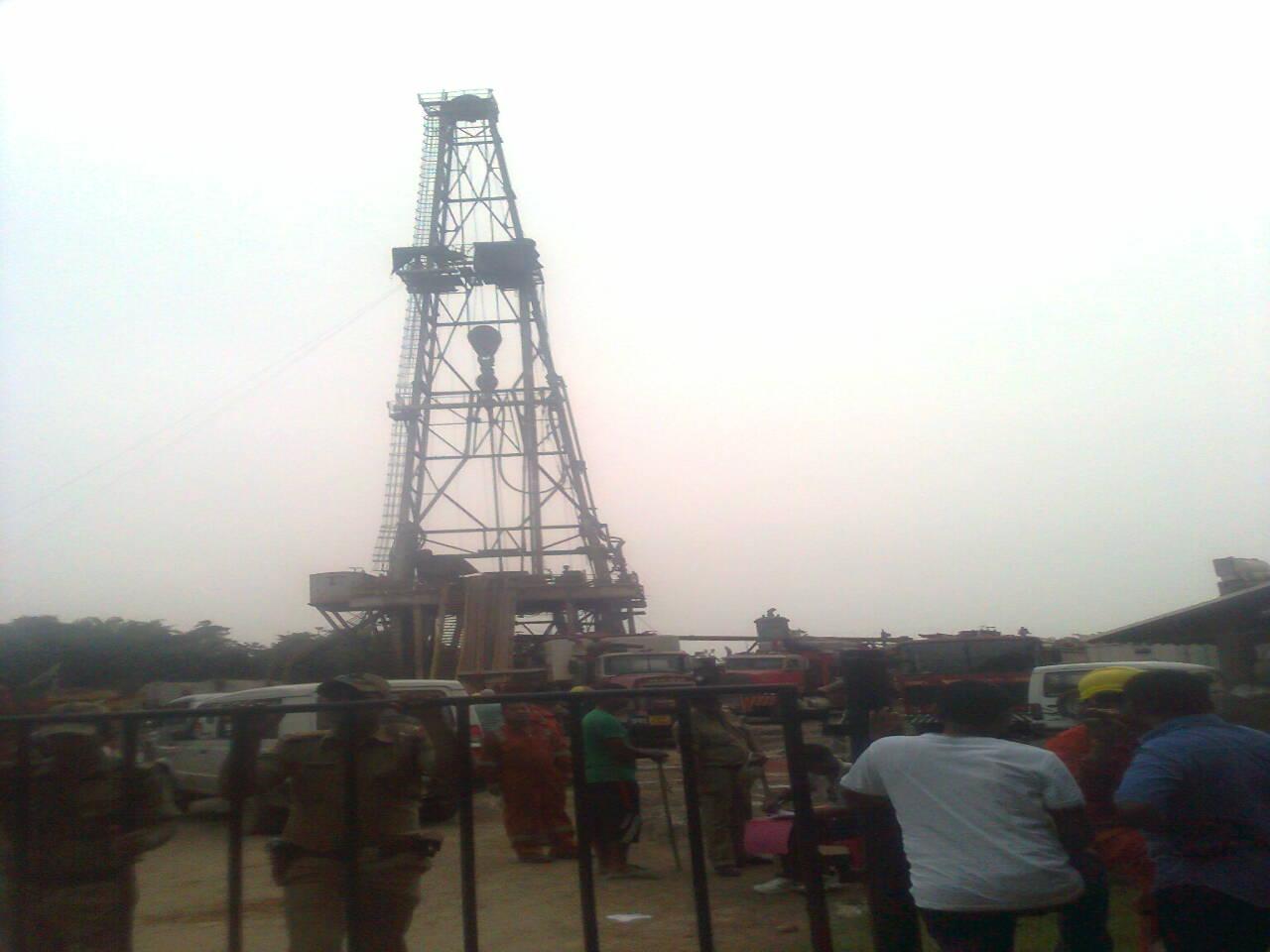 People of Galekey's Bortania village in Nazira Sub division in Upper Assam are still affraid of the gas leakage incident at ONGC's  Rig No-E 2005 GK GL Well. This incident happened at 5 PM on June 12 and with a huge sound and polluting the air up to  2 kilometers. Although the crisis management team of ONGC immediately controlled the situation, local people demand for proper compensation. A public meeting were held in this are on Friday in this regard where SDPO of Nazira Ashif Ahmed, AK Kumar GGM of Drilling section of the ONGC, Kashyap Joshipura, Manager Corporate Communication of ONGC etc. were present alongwith other dignatories.

2 Aug 2015 - 7:07am | AT News
The recovery of three decomposed bodies from the river Dihing creates no less sensation in Naharkatiya.Local residents in Ushapur Konwargaon recovered the body of a woman along with two children...

16 Jul 2012 - 2:58am | editor
Dispur is waiting for a huge Central fund to dress the Kaziranga National Park afresh after it was ravaged in the time of flood. Chief Minister Tarun Gogoi said on Sunday disclosed it after he made...

30 Mar 2016 - 6:53pm | Jayanta Kumar Das
Media Cell of Udalguri district under SVEEP programme had taken a special initiative to educate and create awareness among people to excercise their voting rights.Accordingly a unique and special...