22 Jul 2012 - 2:29am | editor
Union Rural Development Minister Jairam Ramesh has called upon media to act in a more balanced manner to deliver its promises. Inaugurating a Tata Consultancy Services centre in Guwahati on Saturday... 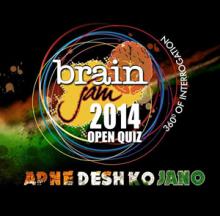 17 Nov 2014 - 8:39pm | AT News
This year open quiz Brain Jam is going to be held in November 22 at ITA Machkhowa, Guwahati. Renown quiz master Barry O’Brien, will conduct the quiz as usual. The theme is set-...

28 Mar 2010 - 5:35pm | editor
Assam Association, Gurgaon is going to celebrate 'Rongali Bihu 2010' on April 17 (Saturday) at DLF Phase-I Community Centre, Gurgaon. The highlights of this years Rongali Bihu is that for the...