At least 3 people died and twenty others have sustained injury when a powerful blast rocked the Guwahati-B’lore Express in Chennai on Thursday.

The explosion took place at the Chennai Central Station at the No 9 platform immediately after the Guwahati-B’lore Express train arrived en route to Guwahati there at 7.10 in the morning.

All injured have been rushed to the hospital. Details are awaited. 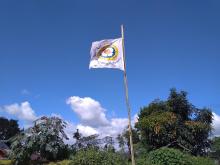 7 Nov 2015 - 7:28pm | AT News
The United Liberation Front of Asom (I) questioned the growing demand for an independent Tibet a few years after Atal Behari Vajpayee as Prime Minister admitted Tibet as the part of China. The outfit...