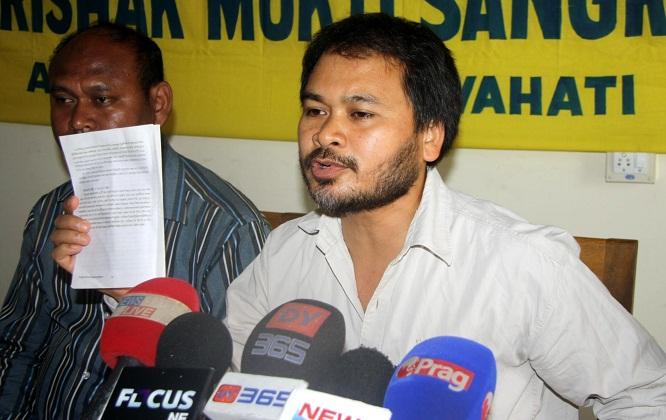 KMSS on Sunday demanded immediate arrest of Guwahati returning officer Ashotosh Kumar Agnihotri in connection with the vote rigging in Jalukbari on Thursday.

Addressing press conference in Guwahati, KMSS president Akhil Gogoi alleged that the incident did not took place without his knowledge.

Gogoi also demanded repoll in the entire Jalukbari assembly segment and a CBI probe into the entire incident in view of clear evidence of rigging.

“Earlier we raised doubts over the functioning of the electronic voting machines. But the election authorities hardly listened to us,” said Gogoi.

13 Aug 2012 - 3:18am | Jayanta Kumar Das
One died on the spot while another took on heels under the cover of darkness this evening at the heart of Udalguri town at about 6.30 pm. This was informed by the police to the media persons....

No trace of missing tourist

26 May 2014 - 5:16pm | AT News
There is no trace of the South Korean tourist 12 hours after he went missing in Bokakhat on Sunday night. Security forces are fanning in the entire area at Latabari where he got down from the bus....