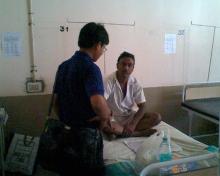 14 Nov 2016 - 10:04am | AT News
A two-day 'State Level Conclave with Student Organizations on 'Youth and Social Development' began from November 12 in Guwahati. Organized by the Assam State Commission for Protection of Child Rights...