It took place inside the Guijan police outpost where a local youth Kartik Das was shot dead by a drunken constable.

Vehicles have refused to ply on the road. Shops and markets have remained closed for the day under the impact of the strike.

Apart from exemplary punishment for the guilty constable, local organizations have demanded a huge Rs 10 lakh compensation and a job for the victim’s family member. 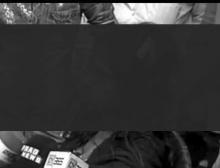 8 Jul 2013 - 9:12am | AT News
An uneasy situation prevails in Mancachar where an indefinite curfew is in force. The curfew was clamped from Sunday evening following clashes in which two policemen were injured a police vehicle was...