Bharatiya Janata Party president Rajnath Singh on Friday has warned that the country could land in big trouble if the government fails to check the stepped up activities of the Maoist rebels who have sneaked into Assam from Bhutan. Addressing a press conference on Friday, the BJP president said the Maoist rebels have been operating in the north eastern states. He said Maoist rebels have been spreading to as many as 170 district of the country. He said the Government should deal with the situation firmly to avoid this situation.

12 Jul 2014 - 8:32am | AT News
Its Tarun Gogoi versus Siddique Ahmed. Amid simmering dissidence against the chief minister and his minister for border area development are taking on each other. Gogoi on Friday alleged that the... 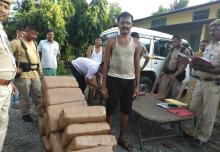 9 Aug 2019 - 8:20am | AT Kokrajhar Bureau
KOKRAJHAR: Kokrajhar police seized 1.80 quintles of ganja illegally carrying in a truck and arrested the driver near Karigaon national highway on Thursday. He was identified as Shyam Kumar Mahato of... 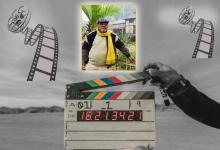 18 Nov 2021 - 12:41pm | Prantik Deka
A film-making workshop covering all aspects of basic film production and film appreciation will be held in loving memory of Assam’s most influential art director and production designer, Phatik...