The polling is by and large peaceful in the five Lok Sabha constituencies where fate of 51 voters are sealed in EVMs.

Of them, 29 were later replaced. The snags in the others voting machines were rectified and the voting continued uninterrupted till the end. 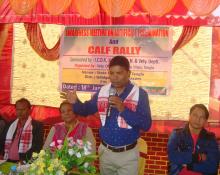 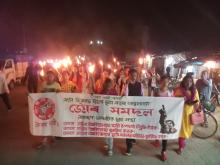 26 Mar 2018 - 8:02pm | Akshaya Pranab Kalita
Namrup: Hundreds of students in Namrup  took out a torch rally on Monday evening alleging the move for closure of the Assam Women University in Jorhat.  Jointly organized by Namrup and...