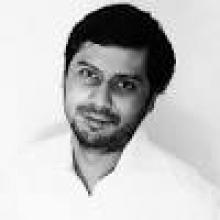 7 Apr 2019 - 2:26pm | AT New Delhi
How wealthy is our public representatives? Here is a comparative list of the candidates in the ensuing Phase 1 Lok Sabha election in the state. 3 re-contesting candidates, who won the last Lok...

29 Dec 2020 - 7:29pm | Prantik Deka
Undeterred by the Covid pandemic, audiences turned up in huge numbers to watch this year’s edition of Sampurna Raas Leela, where the combination of tradition and innovation came into full flow during...