27 Aug 2014 - 10:35am | AT News
The Assam government will improve infrastructure at the Assam-Nagaland border outposts. Security forces deployed there would get sophisticated equipment. This was what a crucial meeting chaired by... 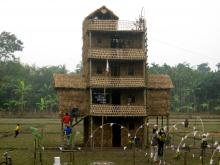