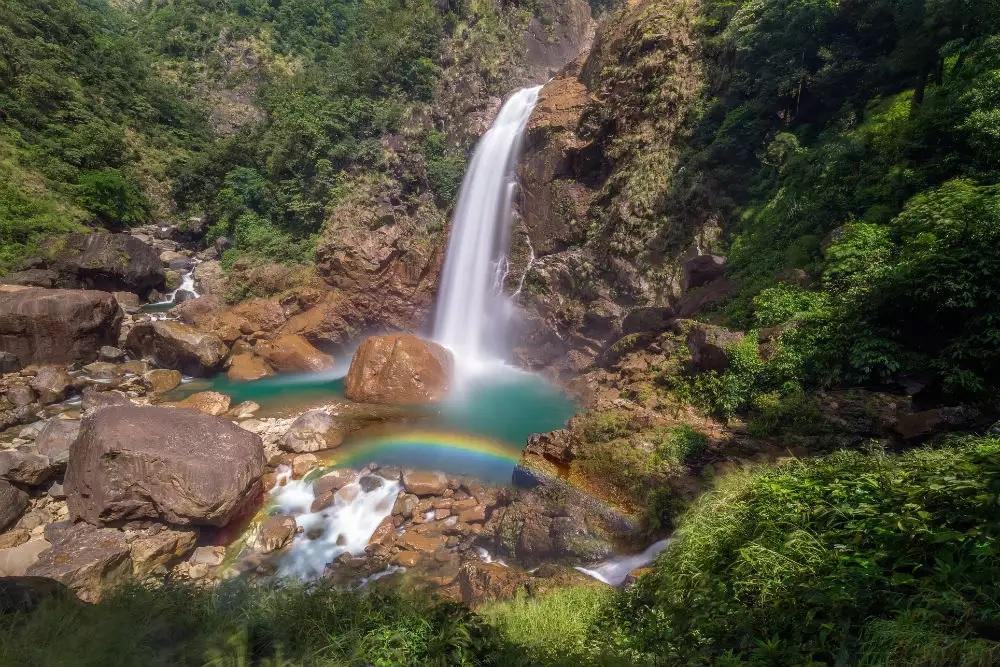 Originally known as the Sven Sisters of North East India and Sikkim was added to its eighth state recently and soon after India got independent, the first home minister, Sardar Vallabhbhai Patel was assigned the task of unifying the independent kingdoms into the union territory of India and successfully it was done to the north-eastern states as well.

The statehoods were given to Assam in 1947, Nagaland in 1963, Tripura, Manipur, Meghalaya, and Sikkim in 1975, Arunachal Pradesh, and Mizoram in 1987. Earlier Manipur and Tripura were merged in the Union Territory of India in 1956 and Mizoram and Arunachal Pradesh in 1971.

The name of the place, people, and things and languages are the identities of the people and tribe and these names and languages identify the nationality. The names adopted by the North East states identify the nationality of these states. These names were given many years before the North-Eastern states were merged into Indian territory and many of them have Sanskrit connotations. These names might have made Sardar Vallabhbhai Patel's job is easy.

The states like Kachin, Chin in Myanmar, whose names have no connotation with Sanskrit names and they were never questioned about bringing them under Indian territory and they do not have any similar identity with India.

One should find the Sanskrit connection of the names of India's North-East states, among eight states, Manipur, Tripura, Arunachal Pradesh, and Meghalaya have similar connotations with Sanskrit names. Whereas Assam, Mizoram, and Sikkim retained their identity ethnically with their state names and Nagaland is unique with one English word and one, which is debated hotly.

Mizoram retains its state name with its ethnic background. "Mi" means people," Zo" is their ethnic name and Ram means land, which means the land of Zou people. We did not see any influence of Christianity as per the choice of their state names and no Sanskrit connotation as well.

Assam is the gateway to the rest of the states in the region in the aspects of political, social, economic, education and trade affairs. Stronghold of majority Hinduism and mixture of tribal religions. As per the name of their state - Assam, which does not have any connection with Sanskrit's name.

Latter Assam was changed to Asom by the state assembly a few years ago. The name Assam is believed to be derived from the word “Asama,” which means “peerless” in the Ahom language. Though the Assam is heavily influenced by Indian politics and Hinduism, the identity of their name kept with their own ethnic identity, like the way Mizoram did.

Nagaland falls in uniqueness with English in the last word "land", which could have been influenced by English education brought by the Christian missions. Having said this, the first part of the name "Naga" is the most debated term. There are two theories in an attempt to interpret the name “naga”. One is from the Hindi perspective, it means “naked” and there is a high chance of people living at the Naga foothill during the British time, calling the tribal from these surrounding hill regions as “naga manu” meaning the naked people. Naga scholars have critically denied this concept without giving reliable sources to deny the leakage with Hindi.

The second theory lately came across, this too without the reliable sources, suggesting the name “Naga” is derived Kachin tribe of Myanmar. They suggested the Kachin tribe has the word “Naka,” which means people, whose ears are pierced. This theory is based mostly without any written source, which can be considered authentic. One has to come up with a reliable source, even the work “Naka” or “naga” is found in any Burmese people, whereas the word “naga”, is very familiar, and there is less doubt to use the Hindi word “naga” for naked people. Naga was one of the naked people.

Sikkim was included into eight sisters of North East states not a long time ago. Like Mizoram and Assam, they have their unique name, which is believed to have derived from the Limbu tribe. The name has two Limbu words "su" meaning new and "khyim" palace. It neither reflects any particular tribes of the state, nor any Sanskrit connotation.

Arunachal Pradesh has a large religious group of Buddhism. It is also unique in terms of the language used in the state. Hindi is used and spoken in the state and among inter tribes. It is unlike in other states. The rest of the states speak the local language commonly. Assam speaks Assamese, Nagamese in Nagaland, Meeteilon in Manipur, Mizo in Mizoram, Kokboro or Bengla in Tripura, Khasi and Garo in Meghalaya.

The original name of Manipur is debated at large without finding any specific original name. Undoubtedly, Manipur had its name, which was replaced with the current name. It is believed to have formed from two Sanskrit words - "mani" - gems and "pur" - land, which possibly means the land of gems.

From the early tune of poetry, Sana Leibak (golden land) is used to name the glory of the state. The concept also seems to be borrowed from the concept of Sonar Bengal. No doubt how the art and culture of Bengal have influenced Manipur and other states in the region.

Meghalaya and its state capital Shillong is considered the Switzerland of India. Meghalaya had the highest influence on British India, compared to the rest of the eight sister states. The Presbyterian mission had strong influences at Jaintia hill and the Baptist mission in Garo hill.

It seems considered least, in terms of naming their state name with the influence of British India as well as Christian missionaries. Sanskrit seems to have its way of naming the state. The Sanskrit word "mega" for cloud and "laya" means abode. Politically, Meghalaya is the center among the eight sister states. But Sanskrit has influenced in naming the state, yet very little influence on the social and religious aspects.

Tripura among the eight sister states, particularly among the scholars in Manipur, use to name Tripura, losing the ethnic identity of the state under the heavy influence of Bangali. The state has two face identities – Kokboro the local tribe and Bengali. Bengalis are considered mostly migrated from neighboring.

But the present form of a name, Tripura, undoubtedly connected with Sanskrit, specifically in the second part of the name "Pura", which seems closely connected with the word "Pur". Manipur and Tripura had a close connection in history, the two words "Pura" and "Pur" were used in the names of two states.

12 Jul 2015 - 12:24pm | AT News
The youth who sustained injury in the Paltanbazar city bus accident died on GMCH.GMCH sources told Assam Times that he died on Saturday afternoon 24 hours after the ABVP leader was rushed to it....

27 Oct 2015 - 5:36pm | Hantigiri Narzary
A NDFB-S cadre was apprehended from Dimruguri under Kachugaon police station in Kokrajhar district today. Based on information, a joint operation was launched by army and Kokrajhar police and...

27 Dec 2008 - 12:42am | editor
An exciting moment of play during the 2nd semi final match between Oil India Ltd (Yellow-Blue) and Lajong Club of Shillong (Red-White) at the ongoing 57th Bordoloi Trophy Football Tournament...