Governor Prof.Jagdish Mukhi has extended his greetings to the people of Assam on the occasion of the holy festival of Islam Id-ul-Zuha.

In a statement here on Tuesday, Prof. Mukhi said, “I extend my heartiest greetings and warm wishes to the Muslim brethren of the state on the occasion of  Id-ul-Zuha. May the festival augur peace and motivate all of us to embrace each other with the feeling of brotherhood. On this occasion, I appeal to the people to celebrate the festival with a renewed sense of sacrifice for the larger societal goal and work for strengthening the bond of co-existence to make our life more beautiful and harmonious”.

He further said that the celebrations of Id-ul-Zuha must fortify the long- standing tradition of amity and communal harmony apart from strengthening the existing bond of universal brotherhood  so that no untoward elements can create any dent in the peaceful co-existence of all the people of Assam.  In view of COVID, the Governor also appealed to all to celebrate the festival by adhering to COVID appropriate behaviour.

8 Jun 2014 - 10:40pm | AT News
The dissident Congress ministers and MLAs have again served 10 days ultimatum to the party leadership to hold CLP meeting to discuss the poll debacle. After the end of an emergency meeting of the... 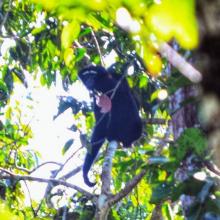 5 Mar 2021 - 1:23pm | Benjamin Kaman
Gibbon is the only ape species found in Indian subcontinent. The uniqueness of Hoolock Gibbon is that it is found in only three countries in the world- South West China, North East India and East...