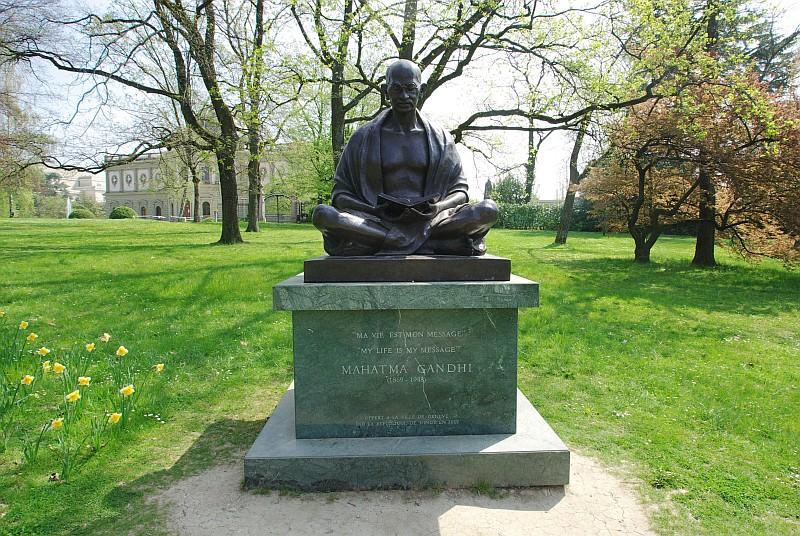 When we look upon the Martyrdom Day of Mahatma Gandhi, we find a dead human body only, the attire of Mahatma. In true sense Gandhi is immortal – who is living in the minds of million and million of Indian people. Mahatma Gandhi is a limitless identity, a thought of inspiration who resides in the hearts of all those people of this Globe who believe in Humanity, Love, Peace and Mutual Respect. Gandhi transcends all boundaries of cast, creed, religion, race, etc. and becomes a light of hope for Humanity. His greatest tool of inspiration was practice of Non-Violence in modern time. So, he is regarded as a true Saint- Mahatma.

Gandhi teaches us to spread love against hatred. He is not only a leader of Indian National Movement but a source of inspiration and courage for many others of this Globe to stick in the path of truth and love. No-Violence is a version of love and respect. Through his life he inspires us and clearly tells us that love is the only way of living in a peaceful world. His entire life is an example for humanity. His work for Harijan was a milestone of that period to combat the evil of untouchability.

In Gandhi’s life we find that he was a very religious person. But he was a person free from all religious dogma. And as such, all sections of people of different ethos could approach him spontaneously and addressed him as Bapu- the Father. We find that Gandhi was inspired by the Bhagwad Gita and this was his all-time companion. But Gandhi never imposed his religious ideas on anybody. His everyday congregation was a great example of spiritual practice, which teach us to give respect to all faith.

From the Dandi March to the Charkha Movement one can observe Gandhi’s vision on economic revival, self-sufficiency, and entrepreneurship for modern India. His vision for economic revival is still prevailing. What need in present time is the transformation of his ideas into action depending on the current market. His idea on Khadi and village industries can be transformed into a climate friendly industrial project.

Gandhi’s vision, action, commitment to humanity and quality management skill makes him one of the tallest leaders of the Globe. He heard the sufferers, downtrodden of the society and tried to give them a way to come out from suffering. Gandhi realized the importance of institutional education for modern India. So, he gave importance for establishing schools for children during that period.  From his effort the “Buniyadi Vidyalaya” (Basic School) came out for educating the children. Gandhi in true sense was a leader of masses, a teacher and above all a fatherly figure for all. From farmers to Harijan everyone irrespective of cast, creed, color, and geographical boundaries could be able to celebrate his companionship.

From Satyagraha to Harijan Movement, from Charkha to Women Empowerment Gandhi set examples for a healthy democratic lifestyle. His respect to human values through his action inspire future generation to stand bravely against the evil of the humanity. Gandhi becomes a thought, a hope, an inspiration, and guiding principle for humanity to walk in the darkness of hatred by disseminating the light of truth, love and non-violence.

21 Jan 2009 - 11:50pm | editor
A citizens' meet at the Guwahati Press Club on Wednesday, called upon the people of Assam to celebrate the Republic Day in each and every locality of the State and hoist the National Tricolour atop...

25 Sep 2012 - 3:10am | editor
Fellow Citizens of Bharatvarsha and Friends, Hari Om. You might think this opening statement a pompous beginning to this evening’s proceedings, but as we go along I will endeavour to explain... 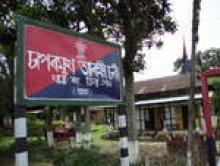 26 Jul 2010 - 8:14pm | Dibya J Borthakur
In view of growing criminal activities, the Chapormukh Police Outpost was set up to curb the same many years ago.Unfortunately, manpower crisis,lack of vehicles, poor infrustucture are the three...