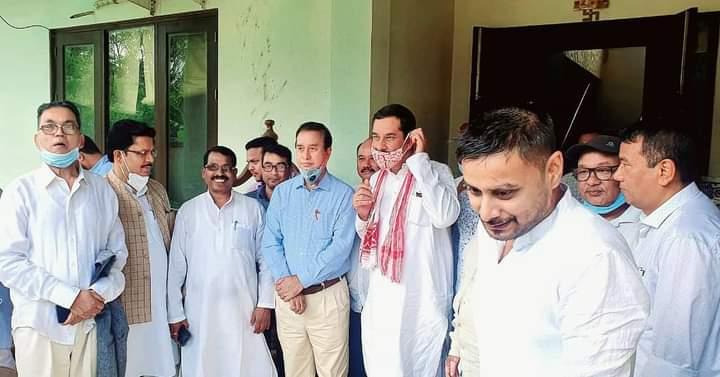 Jorhat: Congress is gearing up for the 2021 assembly polls. The poll mood in the party gathers steam with the week long visit of AICC state in charge Jitendra Singh.

On day maiden visit to the state in this capacity, Singh held a brain storming meeting of the party's tea community leaders in Dibrugarh.

Singh said that if Congress comes to power the tea workers would get Rs 350 as daily wage.

He is attending another party meeting in Jorhat on Monday. During his week long visit Singh will hold party meetings in Nagaon, North Assam,  Barpeta and Cachar.  He is also expected to discuss the proposed poll alliance with AIUDF.

Love is the missing link in War-on-Terror

8 Oct 2007 - 1:49am | editor
The recent declaration by the United Nations to commemorate October 2 ( birthday of Mahatma Gandhi) as 'International Day of Non violence' is simply a reassertion of the need for a violence...