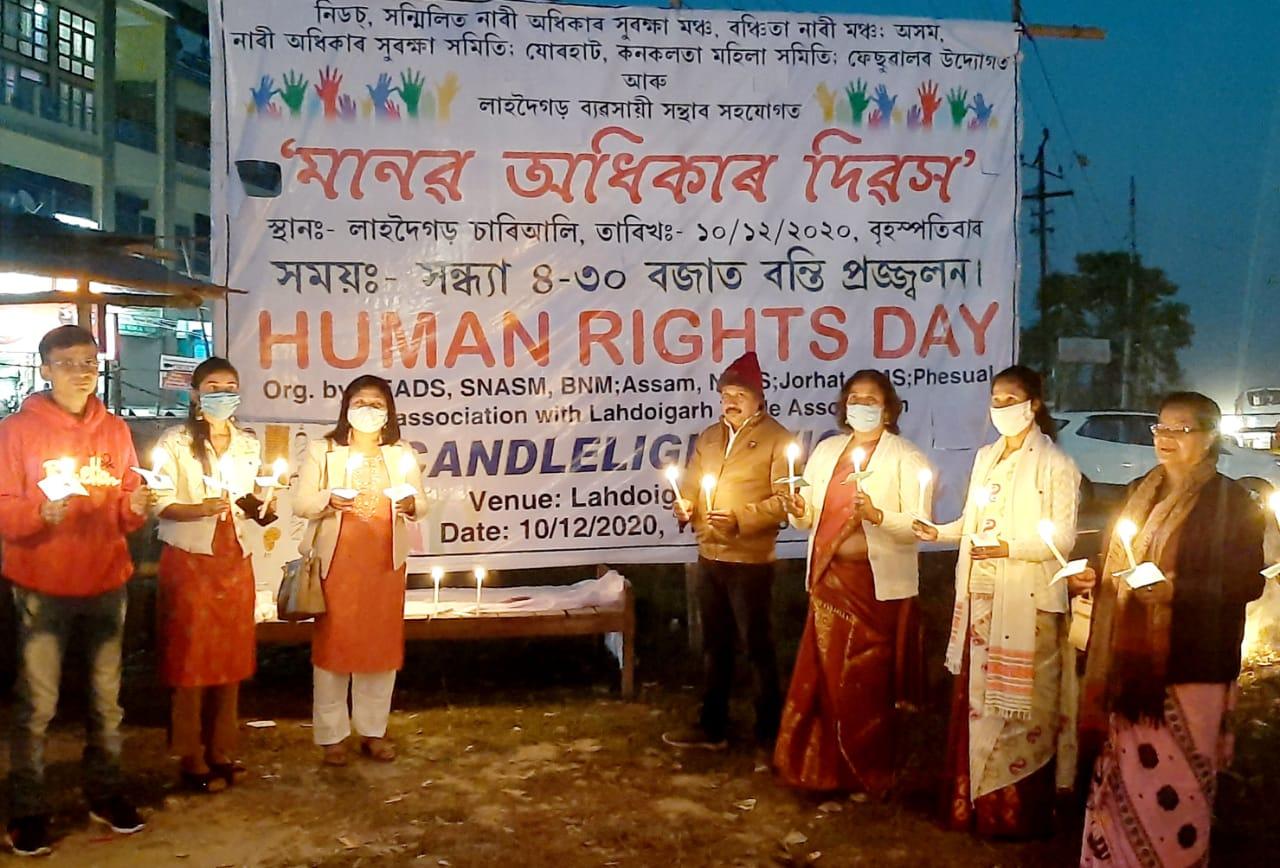 A wide spread campaign has been launched by many organization to stop violence against women in many parts of Assam on the occasion of the International Human Rights day which also marks the last day of United Nations 16 Days of Activism against Gender-Based Violence Campaign which started from 25th November and continued till 10th December which is also observed as Human Rights Day around the world. In alignment with this fortnightly activism, North-East Affected Area Development Society (NEADS), a grassroots development organization of Jorhat, Assam in collaboration with Sanmilita Nari Adhikar Suraksha Manch (SNASM), Banchita Nari Manch, NariAdhikar Suraksha Samittee (NASS), and Kanaklata Mohila Samittee determined to come out of this pandemic and other crisis with hope, deeper solidarity within and across nations and with a reinforced recognition of the important role of gender justice.

Sixteen days of Activism Against Gender-based Violence’ ended on 10th December where NEADS and the affiliated networks released a statement on in humanitarian context of COVID-19 pandemic to draw the attention of governments, non-state actors, development stakeholders and the civil society to affirm COVID-19 response and recovery actions inclusive of participatory, accountable and human rights based. It also reaffirms commitment to end all forms of gender based violence by ensuring effective and meaningful participation of women girls and all gender, their involvement in decision making in  planning, implementation and monitoring of Gender Based Violence prevention and response programmes. The consortium calls on the government to ensure women and girls equal representation in all COVID-19 response and recovery planning and decision-making. It is emphasized that a collective strategy should be taken to have some basic steps for government, political society, business sector and CSOs. Collectively organizations urge multi-stakeholder collaboration to overcome this battle without being positioned in silos. 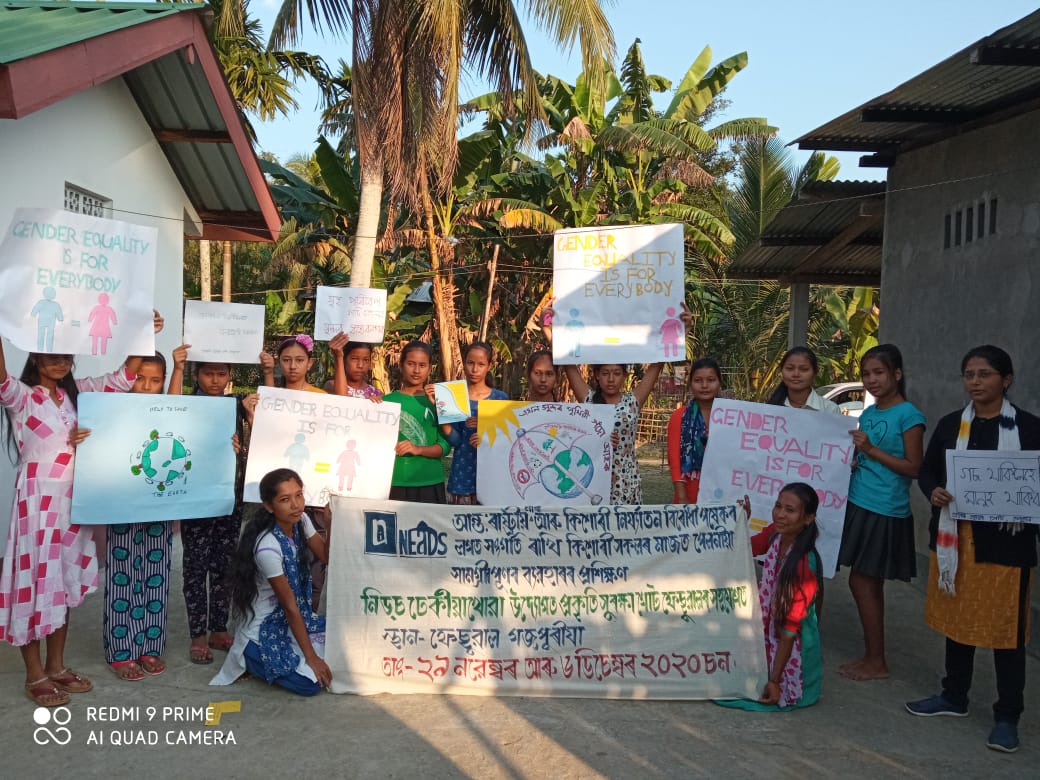 While releasing the statement Tirtha Prasad Saikia, Joint Director of NEADS stated that the COVID-19 pandemic is not only a critical public health crisis, it is also a human, economic and social emergency that is fast becoming a human rights crisis. Hence, minimum response to COVID-19 must be guided by Sphere and the Core Humanitarian Standard, so the affected populations survive and recover with dignity. Women living in the chronic disaster prone areas of the state are already bearing the brunt of the pandemic and impact of floods together in many ways.  ‘With multiple phases of lockdowns in the past many secondary disasters have emerged such as fragile public health, food insecurity, malnutrition, psychological stress, domestic violence and its impact on people’s livelihood who are already economically more vulnerable and marginalized, Saikia added.

The endorsers of the joint statement Sanmilita Nari Adhikar Suraksha Manch, Banchita Nari Manch, Nari Adhikar Suraksha Samittee, and Kanaklata Mohila Samittee urge upon local administration and government to emphases on protection of women, girls and LGBTIQ community and also urge to reaffirm welfare services for all round development of health nutrition and education equality by ensuring fulfilment of women’s human rights as recognized in the Convention on the Elimination of All Forms of Discrimination against Women (CEDAW) and other treaties and agreements.

25 May 2012 - 12:01am | editor
Railway police personnel on Wednesday recovered a huge quantity of high power explosives from a resident of Bihar who was travelling in a general coach of Delhi-bound North East Express at the...

State convention of AIYF at Sivasagar from March 23