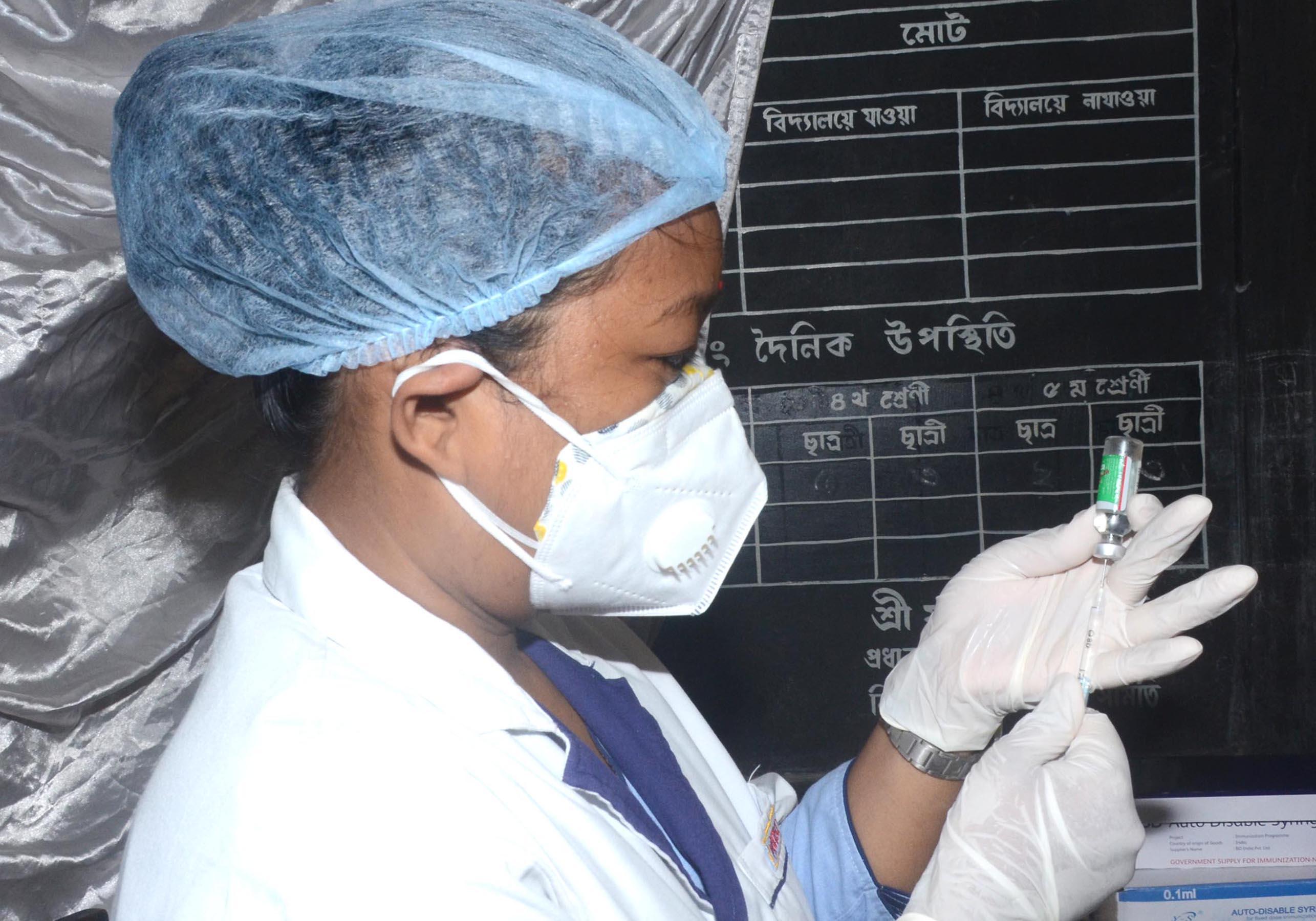 Since the pandemic struck the human populace and spread like wildfire around the globe, we have all been listening, witnessing and experiencing the miseries that a miniscule but vicious virus could emanate forcing the almighty human beings to make unforeseen changes in their way of living which perhaps the human race could have never anticipated in their lifetime. Assam, a small state of North East India too could not escape the wrath of the deadly virus compelling the state government to take stringent measures to restrict and contain the spread of the virus in this medically impoverished region. But let’s think of it, has it all been bad for the state of Assam after unleashing of the pandemic induced strict measures!!! Let’s analyse.

Assam which has a multi-cultural demography has a festivity-prone populace and unlike other states of India, Assamese citizens have the culture of celebrating multiple festivals of different Indian communities (along with Bihu) within a year signifying the deep-rooted reverence and attraction of Assamese folks towards beliefs and customaries of other communities of India settled in Assam. However, Assamese youth instead of exploring the positivities or business opportunities during the festive seasons, only see such festivities happening around the year as an opportunity for immoderate consumption of liquor with their friends, thereafter engaging in hooliganism, over-speeding etc. and thereby leading to road accidents and various unfortunate mishaps involving themselves and other innocent by-passers. The instances of drunk driving and road accidents however did not remain limited to festive occasions only but was soon becoming a new normal in the evening highways of the state in the pre-pandemic times. A report by the National Crime Records Bureau had recorded a staggering 8350 accidents in Assam in the year 2019 which is exponentially higher than any other northeastern state and the maximum casualties in Assam are from road accidents which caused 3,245 deaths. The report further stated that 41% deaths in road accidents in Assam take place with two-wheelers due to overspeeding, drunk driving, careless-driving and overtaking. After imposition of the stringent measures in view of the pandemic, Assam had witnessed a halt in such festivities, temporary closing of liquor shops as per standard guidelines and restriction in movement from time to time. The resultant of such restrictions could be inferred from the fact that deaths due to road accidents came down to 2629 in the year 2020 and 6533 accidents in totality which might have been more remarkable, had the state not witnessed mass movement of picnic parties and other mass celebrations after raising of lockdown restrictions towards the end of the year. Perhaps  that’s the reason that State Transport Minister, Shri Chandra Mohan Patowary asserted in the concluding ceremony of  ‘National Road Safety Month 2021’ that road accidents claimed more lives in Assam than Covid-19.  However, the pandemic and the resultant strict governance, aided by recent  crackdown on drug cartels is undoubtedly instilling fear and discipline into the minds of the misled Assamese youth, and is rather providing an opportunity towards them to introspect inside the safety of their homes and under the shadow of their parents on the essentials of building a better future and learning the positives from their contemporaries i.e. youths of other developed Indian states who are much more enlightened on career decisions.

Another very significant aspect of the pandemic, which very few would have pondered upon, is the huge inflow of Assamese youth back to their home state after imposing of restrictions. A paper titled “Migration in Northeast India: Inflows, Outflows and Reverse Flows during Pandemic” by R. Lusome and R.B. Bhagat published through Springer Nature makes an in-depth study on the magnitude of both inflow and outflow as well as internal and international migration in the Northeast region using data from Census, 2011 which is generally lacking in migration studies on Northeast relevant for economic policy and political decision making. The paper, based on outflows, inflows and outflow ratio for Northeast states, 2011 reveals that, total outflow from Assam to other Indian states was 6, 59,700 while inflow to Assam from other Indian states was 4,95,700 and international inflow (predominantly from Bangladesh-58.1%) to Assam was 1,10,300. Thus the outflow to inflow ratio for Assam (calculated as the number of outflows divided by inflows) against rest of India was 1.19 and against total inflow including international immigration was 1.09. The ratio which depicts slightly higher out-migration than in-migration indicates the huge exodus of Assamese youth to other states for work, education and other purposes which was nearly balanced by migration of immigrants into Assam from other Indian states and neighbouring countries for similar purposes. Most surprisingly, the rural urban status of interstate migration flow to Northeast in the study depicts that combined rural-rural and rural-urban migration was 68.2% which reflects that the bigger chunk of migrants belonged to village and small towns of Assam. The total outflow from Assam to selected urban agglomerates (Delhi, Kolkata, Mumbai, Bangalore, Hyderabad, Chennai) was 4,06,100 which accounts for 61.5% of the total out-migration. The above data clearly indicates the preference of rural Assamese youth towards moderately-paid, less laborious jobs demanding minimal application of brains and skill at such urban institutions and unorganized sectors outside Assam leaving behind their farms and locality and the generated vacancy is thereby balanced by immigrants who harness the vast potential of the farmland and local markets of Assam extensively. As per the paper, after national lockdown on March 25, 2020 due to Covid-19 pandemic, migrants amounting to 5,12,000, returned to Northeast on account of closing down of industries and businesses, out of which 3,90,189 returnees hailed from Assam. The returnees of Assam account for 59.1% of the total inter-state out migration calculated as per Census data, 2011.

In a positive development following the immigration of Assamese youth to their homeland, many rural youth have started selling agricultural produce of their farmlands in the wake of growing demand for vegetables and other agricultural products amidst the pandemic. This is not only creating vendors and rural-entrepreneurs out of indigenous unemployed youth who traditionally shied away from investing in business prospects but is also contributing to the rural economy of the state and motivating other youth to follow in their footsteps. Moreover, many urban returnees assigned with work from home at half pay have not only been awarded quality time with their family but have got the option towards contemplating on possible business alternatives utilizing their skill-sets and valuable experience they have gained from their prolonged stay in the urban agglomerates.

If the non-Assamese immigrants could sense a bright future in Assam and tap the huge potential of our state to their benefit, Assamese youth, can no doubt do the same and the ongoing pandemic has just placed that unanticipated opportunity. The state government too should offer a window of opportunity to capitalize on the skills and experience of the returned migrants as well as emphasize on developing skill development centres in and around both rural and urban educational institutions of the state to create future entrepreneurs out of Assamese youth alike other developed states of India like Gujarat further enlightening the traditional job-seekers of the state with an alternative and dignified path of self-employment along with ensuring that the local economy of Assam rests with the local Assamese youth in the coming future.

13 Apr 2017 - 7:01pm | AT Kokrajhar Bureau
The ABSU, NDFB(P), PJACBM have again reiterate demand of separate stateBodoland organised a mass shaving of heads in protest against government’s attitude towards Bodoland issue and demands.The...

16 May 2013 - 9:14am | AT News
A beefed up security in Guwahati is of no use when bombs are found in the hear of the city.Police recovered an IED at Lalmati area hours after Prime Minister Dr Manmohan Singh and President Pranab...