18 Oct 2012 - 7:29pm | editor
One more rhino was found dead in Kaziranga on Thursday. KNP officials called it a case of natural death. Its horn was recovered by the park authorities in Bagori range. In yet another incident, a... 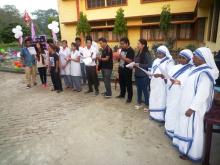