Amid simmering protest over death in Nido Tani in goon attack in Lajpotnagar, Delhi High Court on Monday issues notices to the Centre and Delhi government asking for the reports.

Taking a suo moto cognizance of the case, the court has asked why Chief Minister Kejriwal wants magisterial probe even after FIR was filed in Lajpotnagar police station.

11 Dec 2018 - 10:01am | AT News Guwahati
Guwahati: The city based scribes maintain good health as most of them have performed well in a recent blood screening camp conducted by Assam’s celebrated healthcare institute Dispur Hospitals....

Bandh back in Manipur 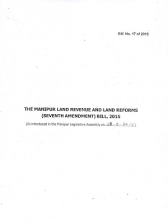 3 Sep 2015 - 10:32pm | Kabi Thangal
Bandhs and blockades are back in Manipur to paralyze the normal life in the restive north eastern state.The United Naga Council has called for National Highway No 2 bandh in between Imphal and...
Follow @Assam Times