Two cadres of the Songbijit faction NDFB were killed in an encounter with security forces at Audang Bazaar in Kokrajhar on Sunday. But the  family members of the deceased claimed it to be a fake encounter.
They  identified as Rahul Brahma @ B Rugung and Anjalu Brahma @ Maru @ Udang was killed in encounter during the search operation around 9.20 in the morning at Audang Bazaar in Kokrajhar.
Two pistols, a grenade and two extortion notes were recovered from their possession. NDFB(S) said their cadres were cadre killed in fake encounter and was shot dead from close range after arresting them. Family members of the victims said the cadres were killed in fake encounter and claimed nothing was recovered from them. 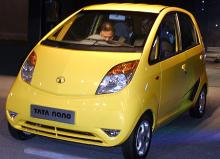 6 Jun 2013 - 6:25am | Abdul Gani
Photojournalist form Assam has been able to draw the attention at the international level as senior photojournalist Samsul Huda Patgiri was declared as the winner of the ICIMOD Digital Photo Contest...
Follow @Assam Times