Three persons sustained injury when a section of people clashed with policemen in Kokrajhar district on Tuesday.
The incident took place at Joypur during a 24-hour bandh called by the All Bodoland Minority Students Union (ABMSU) in Kokrajhar district. A section of protesters started pelting stones at a police team led by Additional Superintendent of Police H K Nath forcing them to use lathis, gas shells and finally fired several rounds in the air to disperse them. Three persons sustained injuries in the clash between police and the bandh supporters and they were admitted to hospital. Police also picked up around 10-12 picketeers. 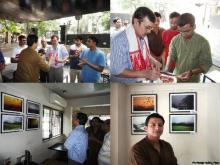 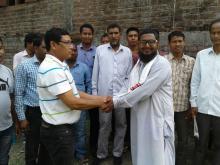