Jorhat district bandh called by Jorhat Press Club today passed peacefully. No untoward incident took place during the bandh. The 12-hour long band was district bandh was called to proetest the inaction of police and alleged involment of in the favouritism towards political leaders. According to information, one polical leader Apurba Bora threatened to kill a reporter working for Agrodoot, Jorhat on March 7. More than 20 organisations exended their suport towards the bandh.

15 Jul 2012 - 4:50am | editor
The National Commission for Women delegation on Saturday spotted cigarette burn injuries on her body when they met the molestation victim in Guwahati. Talking to reporters on Saturday, NCW member... 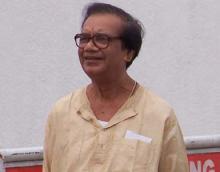 25 Sep 2014 - 6:22am | AT News
Dhaka is waiting for early settlement of the land deal with New Delhi. This was what Bangladesh high commissioner in India Tariq A. Karim said in Guwahati. In his interaction at a FICCI function...
Follow @Assam Times