At around 5-30 pm on Monday, a grenade exploded near the Autonomous State Demand Commitee (ASDC) office in karbi Anlong district where a person was killed and four others injured. According to Police in Nagaon, the dead has been identified as Rishi while the injured are Riazul Haque Borbhuyan, Ghana Das, Karmabir and Samsuddin. 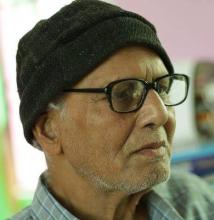 1 Jan 2009 - 11:08pm | editor
Two persons died and properties worth more than ten lakh were reduced to ashes when a devastating fire broke out at Salkathoni area in Charaideo sub division in upper Assam's Sivasagar district on...

1 May 2011 - 8:51pm | AT News
More than 24 hours have passed but the information and where about of Arunachal Pradesh’s Chief Minister is yet to be found. Some sources from the CM office said that he his safe but no one...
Follow @Assam Times